The installation ‘The Order of Volume I‘ has disappeared without a trace from the just freshly white painted cube of LhGWR. What is going to be done with the gate that was also a part of the Dunsmuir exhibition remains to be seen for now. Fortunately, maybe a part of it might turn up in the still unnamed installation I’m going to make for the Paradise Lost Paradise project in one of the Broeltorens in Kortrijk. The Broeltorens are a monument and although the walls of this magnificant space are more or less painted white I’m not allowed to make murals, so I’m thinking about how to work around that limitation.

One of the solutions might be to use ‘artifacts’ in an installation, so I’ve started to actually build some more or less sculptural elements, something I haven’t done in over ten years: 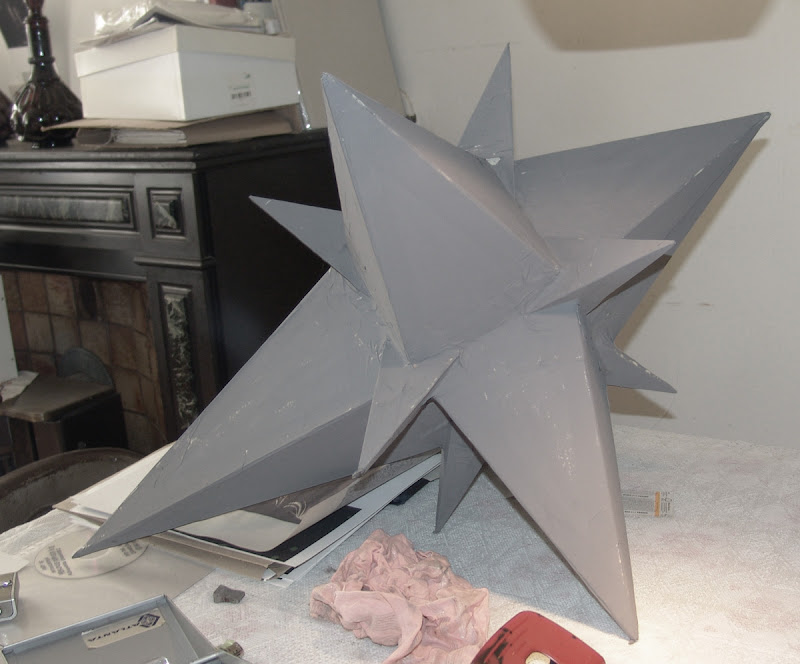 Further: what I, for one or two reasons, refer to as ‘The Research Proposal to the Devil’ – a phd-application – has platformed to level 2. This means the 6th of june I’m going to have to make a live presentation in front of the jury, which will then also be discussed. It has something to do with this post. I’ll post some texts that were used for the application later on. For now I just read ‘Small Places, Large Issues: An Introduction to Social and Cultural Anthropology Anthropology, Culture and Society’ by Thomas Hylland Eriksen and ‘The Human Career: Human Biological and Cultural Origins’ by Richard G. Klein along with a re-reading of the wonderful ‘From Lucy to Language’ by Donald Johanson and Blake Edgar. I have to work on distinguishing for instance the Magdalénien from the Aurignacian culture. Every book just mentioned is highly recommended for anyone who has some interest in ‘where it all came from’. There’s also, by the way, a remarkable parallel between the so called ‘potlach‘ by the Kwakwaka’wakw people and the high profile art world bubble of which the neverending fuss concerning mostly the selling price of Hirst’s decaying ‘shark work’: ‘The Physical Impossibility of Death in the Mind of Someone Living‘ is a good example.

Also, connected to the ‘Belgium (P)art’ exhibition at the Brakke Grond in Amsterdam during the Art Amsterdam fair, I was mentioned a few times last week at the ‘Trendbeheer’ website, a rather popular site for current events in art in Holland (the western part of the Netherlands, so to speak) and sometimes also Belgium, see links (with rather mediocre photos, I hope to get better ones), here at the build-up, here and here. It doesn’t mean much, and unfortunately it’s not about the installation at LhGWR, but it’s still nice to be mentioned thrice within a week on that site anyway.