Slowly starting on a two-channel panoramic HD video/animation installation, based on two stories I wrote (2009 and 2012). This will take quite some time, due to high render times in both the 3D-software and the editing software. Also, the film will be a loop of approximately 18 – 24 minutes, so this will be a relatively long project. The working title is the title of the story from 2009. It’s stil uncertain whether the text will be used in the animation or not.

The installation, with additional prints and a small publication, will premiere at a solo-exhibition at LhGWR-gallery in The Hague, Netherlands next spring.

A teaser below, which is a quick composit for one scene:

The background in this case is a panoramic photo I took while on a road trip through Norway. The ‘trunks’ are 3D-models, and so is the building on top of the right one.

I made this model, based on my photographs of the Norwegian Borgund stave church, which is 12th century, and one of the most amazing buildings I’ve ever seen. I doesn’t really look like any kind of church we know around here. Below a photo of the original church. It had recently been covered with tar, to protect the wood. This adds to the supernatural state of the building. 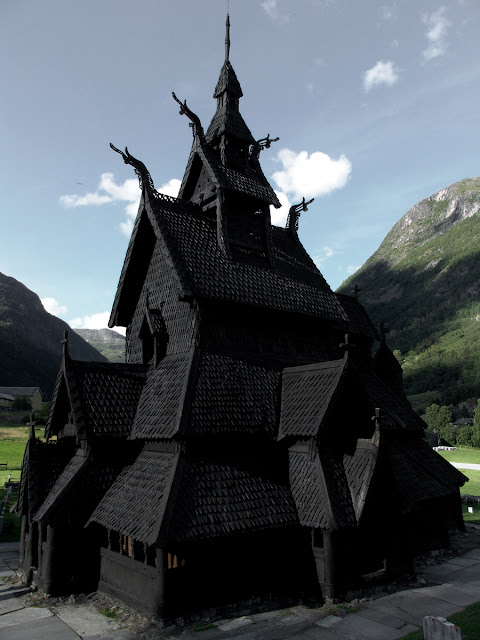 Also, on october 20, the TEDX Flanders event is taking place at Flanders Opera in Antwerp. This is the Flemish version of the well known TED talks. Opérations Perte Totale will perform within an explosive nine minutes. Below a short promo of the troupe: