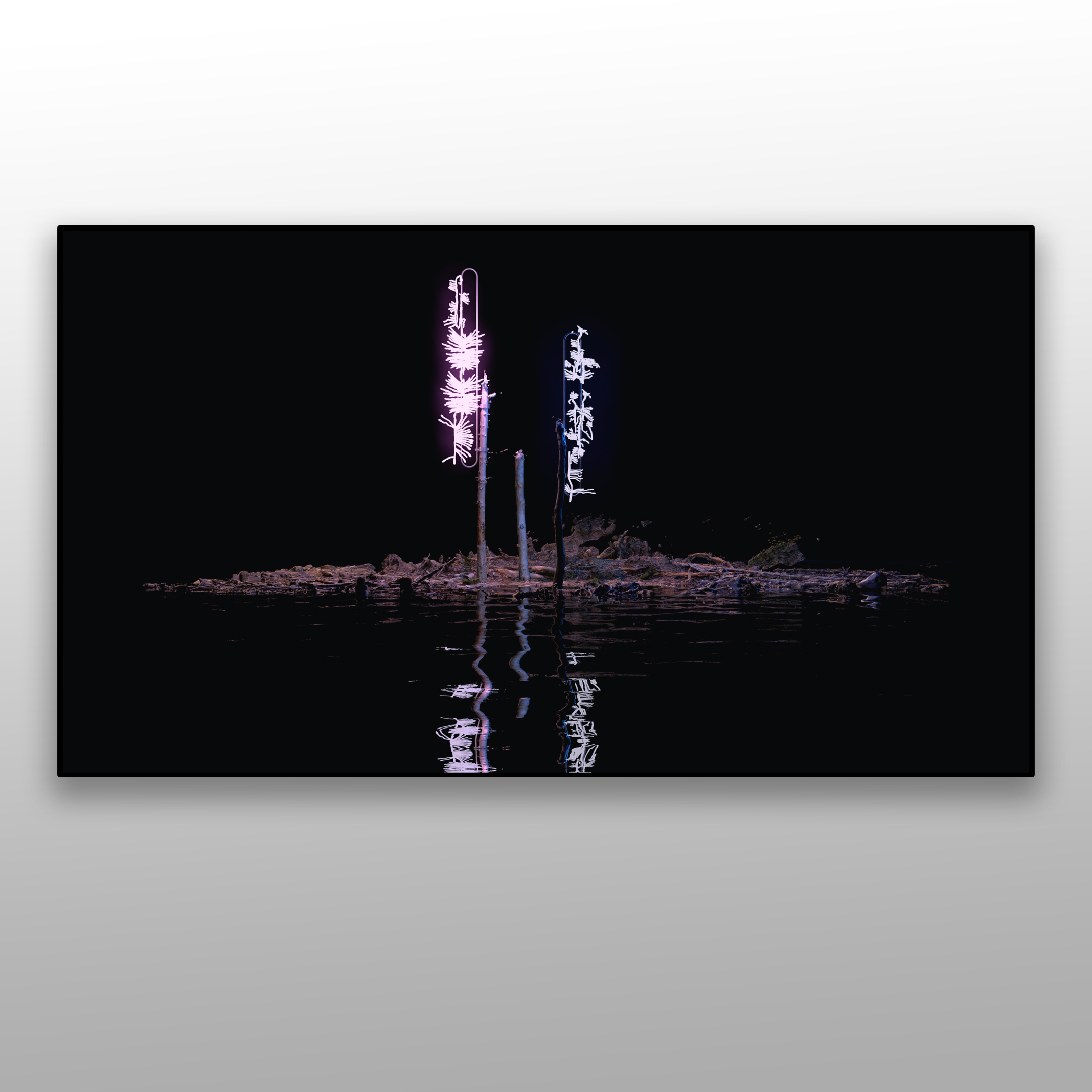 Based on a photogrammetric digital model of three dead tree trunks left on The Plot – a former forest that had to be cleared after a devastating spruce bark beetle infection.

The neon spells good and bye in Ips typography, a font based on spruce bark beetle tunnel patterns. The digitized fragment of The Plot is here imagined as an island, surrounded by flooded land.

The Plot is a former family forest, which was cleared in 2019 after a devastating Ips typographus (spruce bark beetle) plague. This hectare of clear-cut is now a gateway to deal with ecological grief, and a lens to look at the global ecological and climatological crises.

On a regular basis parts of The Plot are being ‘archived’ as digital models in order to track its regeneration.

Ips typography is a font, based on the intricate tunnels the beetle larvae leave behind in the tree bark. The tunnels cut off the tree’s sap stream, and the tree dies.

The font was made by Jeroen ‘JoeBob’ Van der Ham, after my tunnel pattern drawings.

Edition of 10, 80 tez, 20% royalties. Note: the edition has been reduced to 1 AP, in my Fundamental Mechanics account, and I will never mint on that platform again.