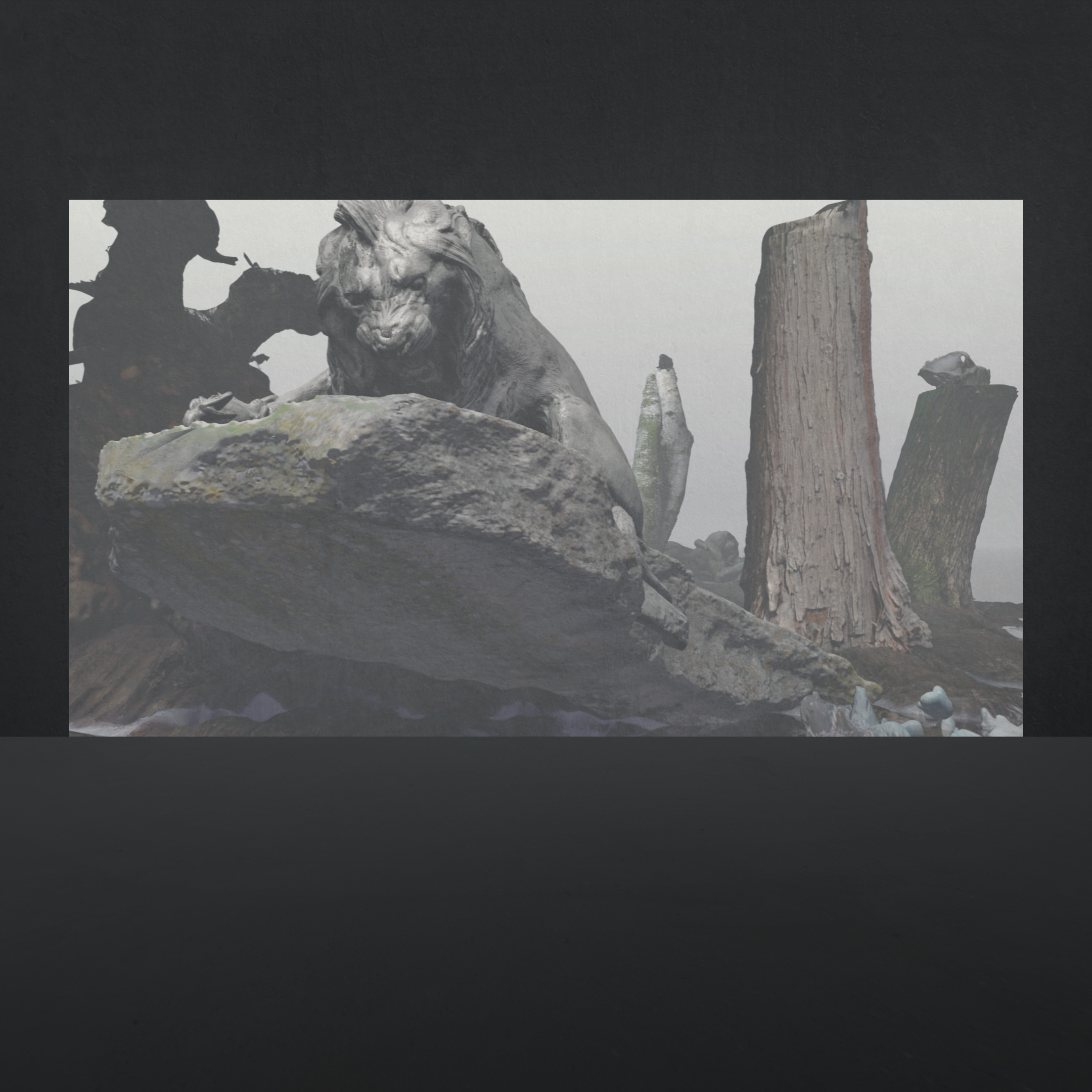 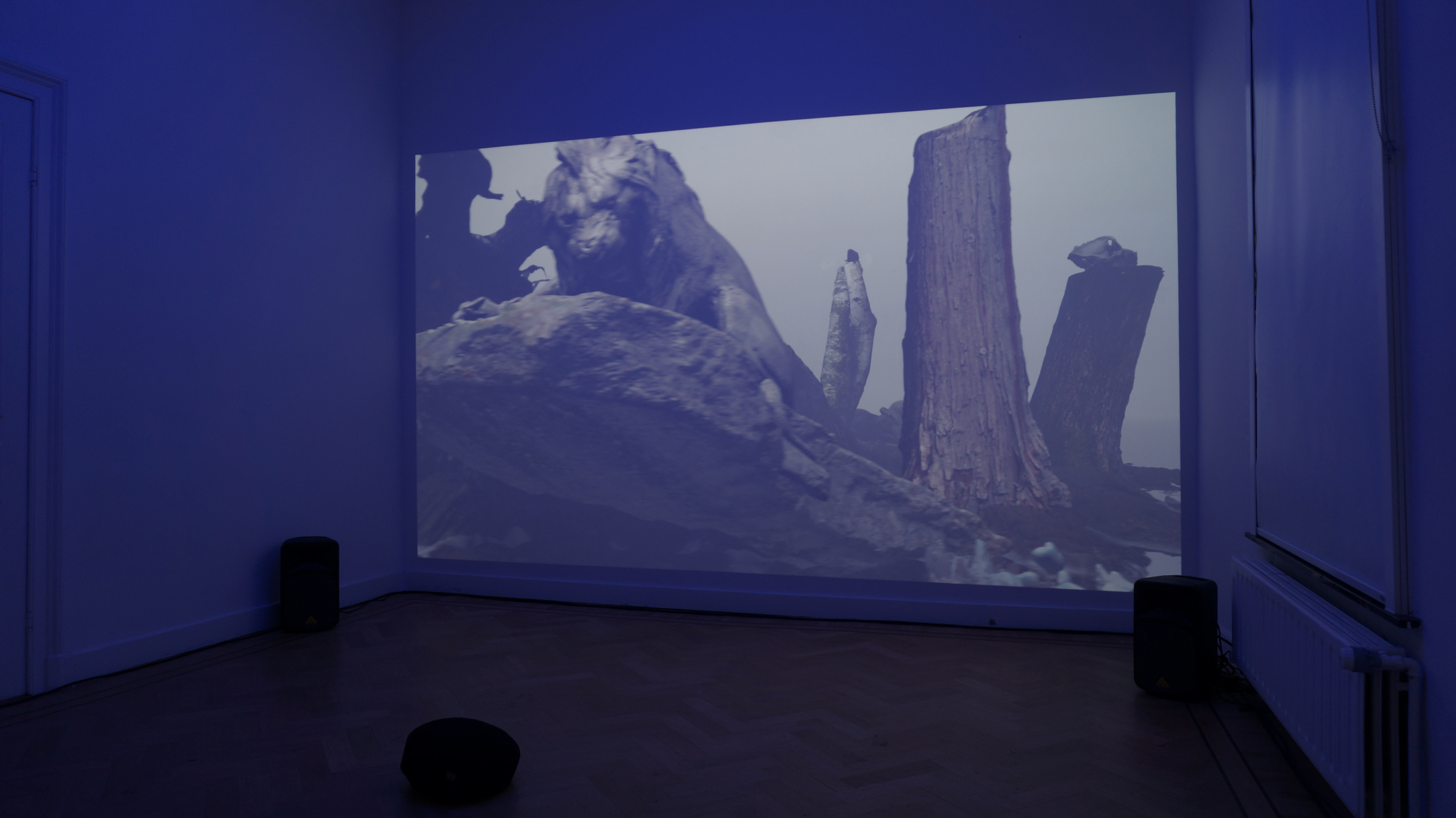 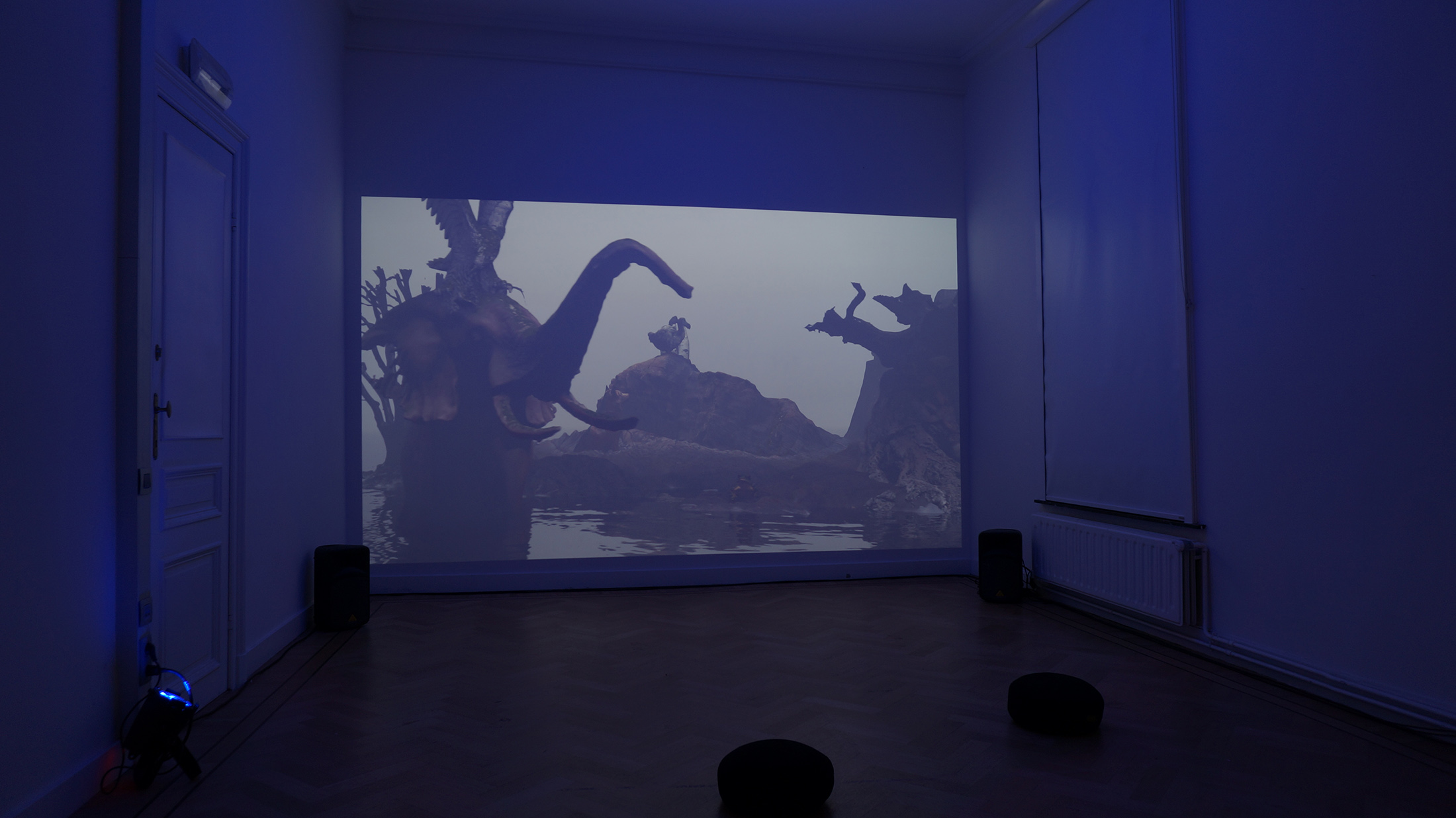 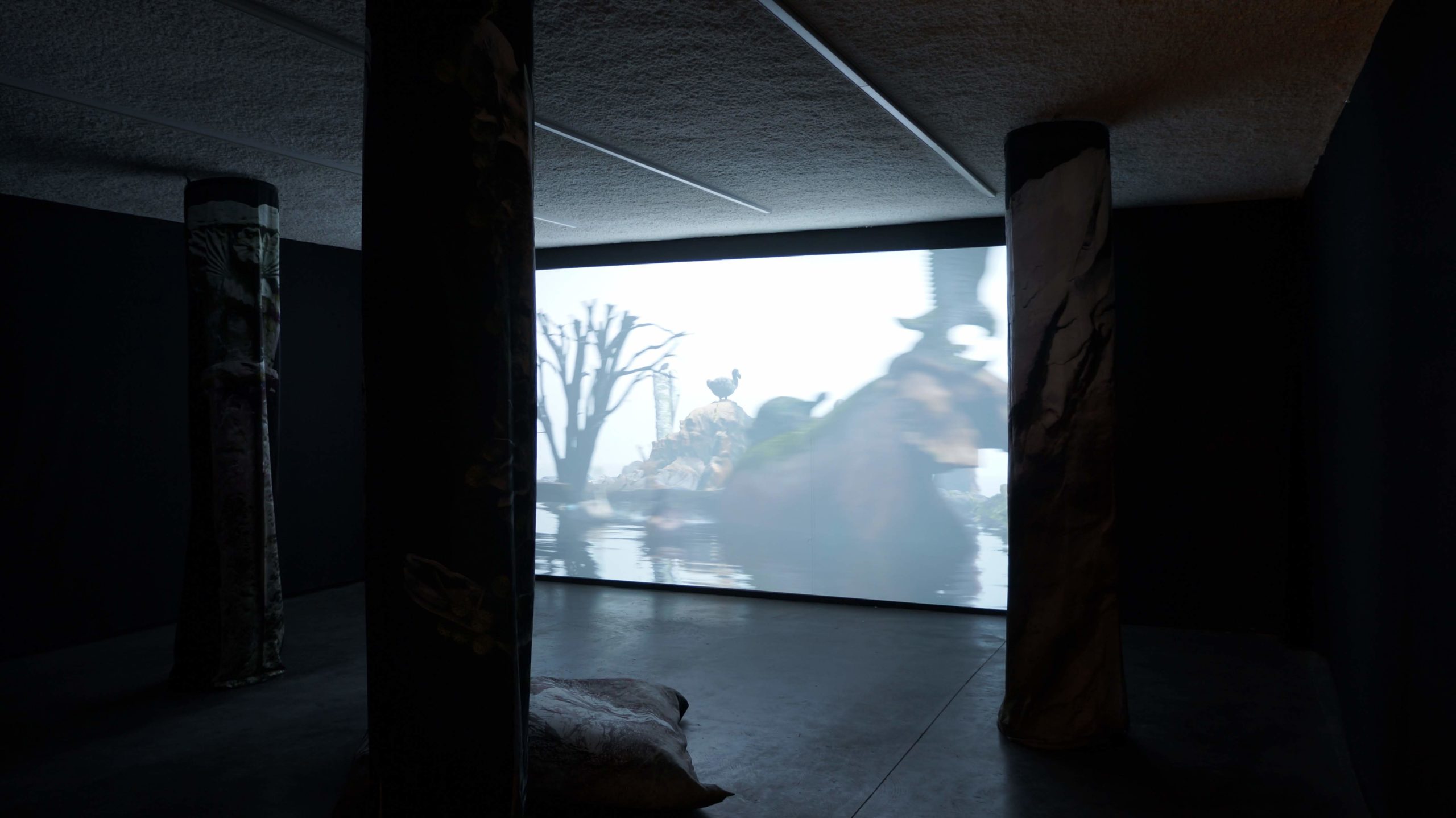 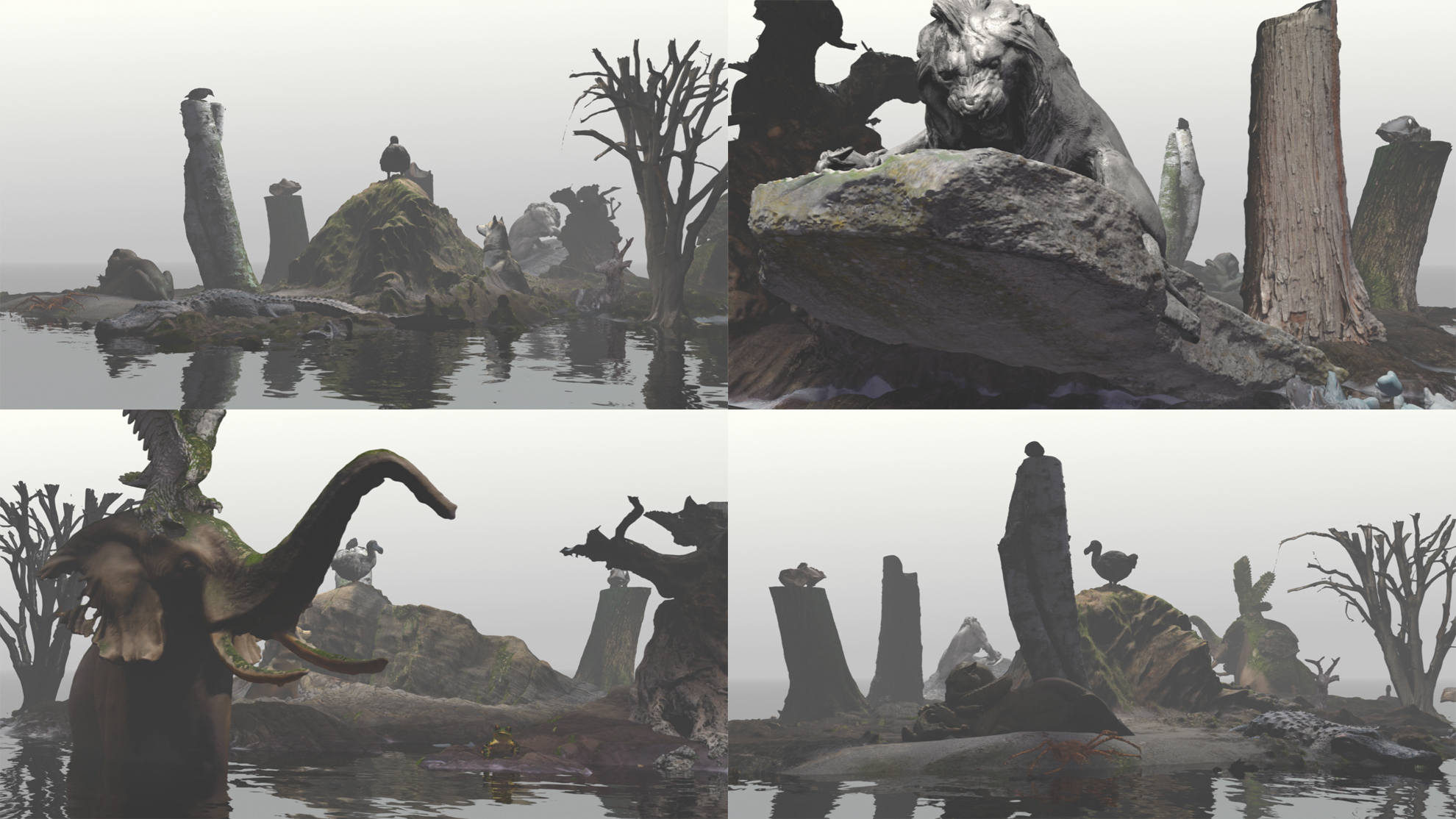 ‘Te pito o te kainga’ is part of the probable original name of Easter Island/Rapa Nui. It means ‘little piece of land’, amongst other things. Easter Island has an interesting history when it comes to ecological collapse.

Early 18th century Dutch sailors discovered the Dodo on the island of Mauritius. By the end of the 18 th century the bird was extinct. The story goes that when Dutch sailors arrived at Easter Island in 1722, the local population had already plummeted due to heavy erosion and the destruction of natural resources (see also Jared Diamond, Collapse, 2005).

The video is compiled of a collage of 3d models, representing a rock in a deserted, foggy, quiet ocean. In the centre a Dodo bird stands proudly, guarded by a dog, and surrounded by statuesque animals that seem to be frozen in battle.