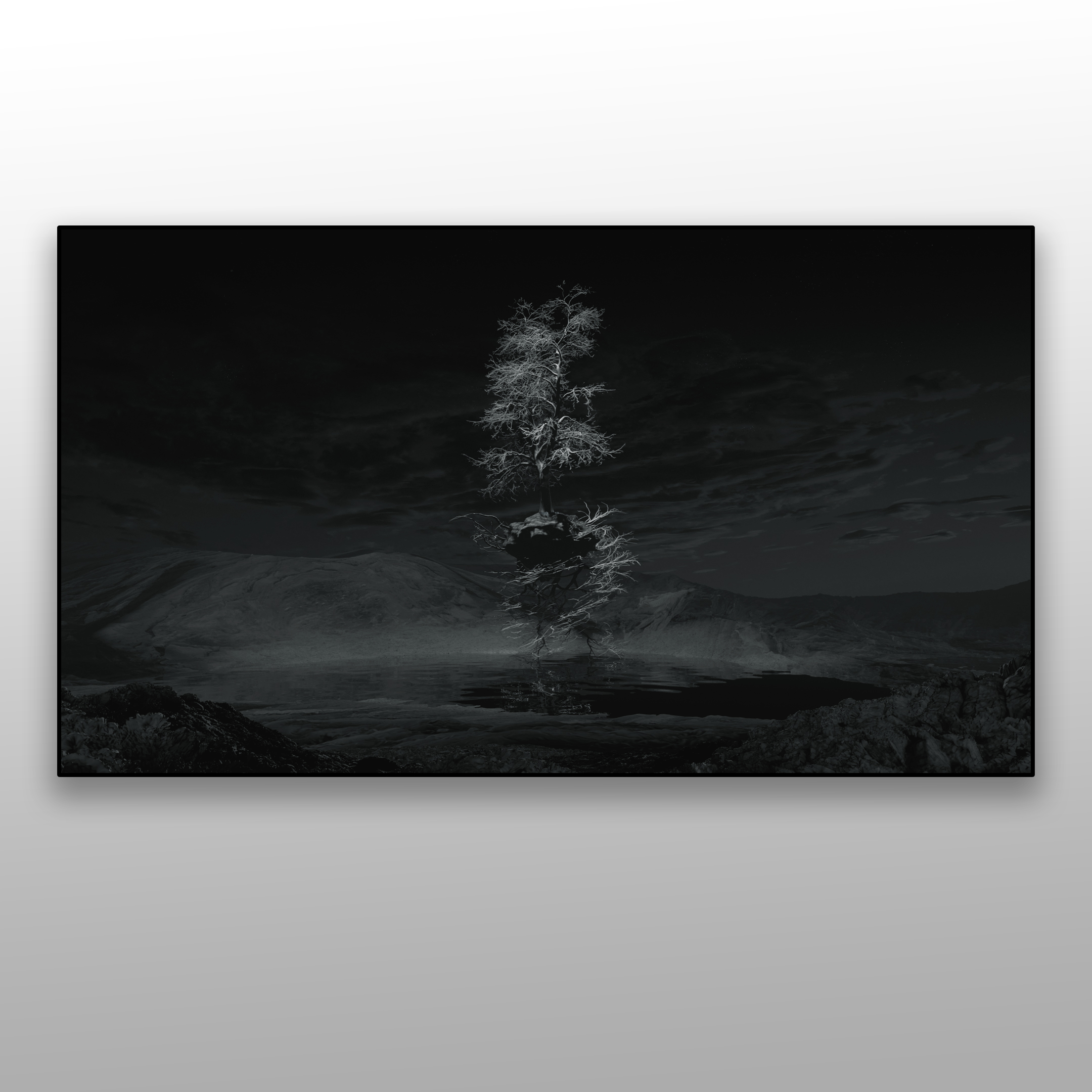 In a desolate, nocturnal landscape a barren tree slowly rotates above a pond, its roots touching the water surface. The Poisson’s Equation is an equation used in electrostatics, theoretical physics and the calculation of gravitational forces. In this case, the latter applies.

Sometimes an older work benefits from a remake. ‘The Poisson’s Equation’ was originally made in 2014 – parallel to the 3-channel work ‘Inertia’ – as a HD loop. vII is a 4K version which also resolved some of the then hard to get rid of ‘banding’ issues in the gradients.

Below: The Poisson’s Equation edition box (2015)