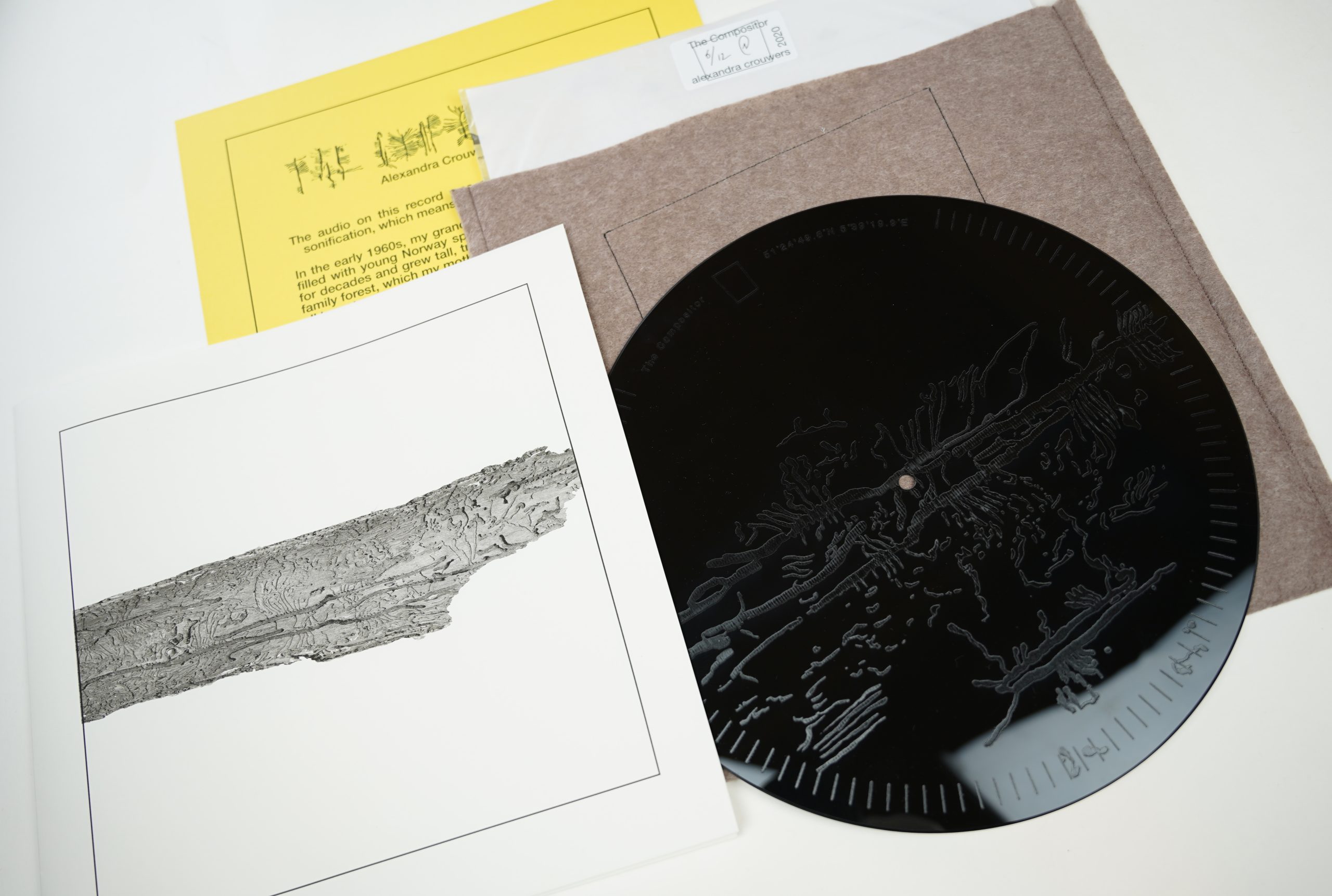 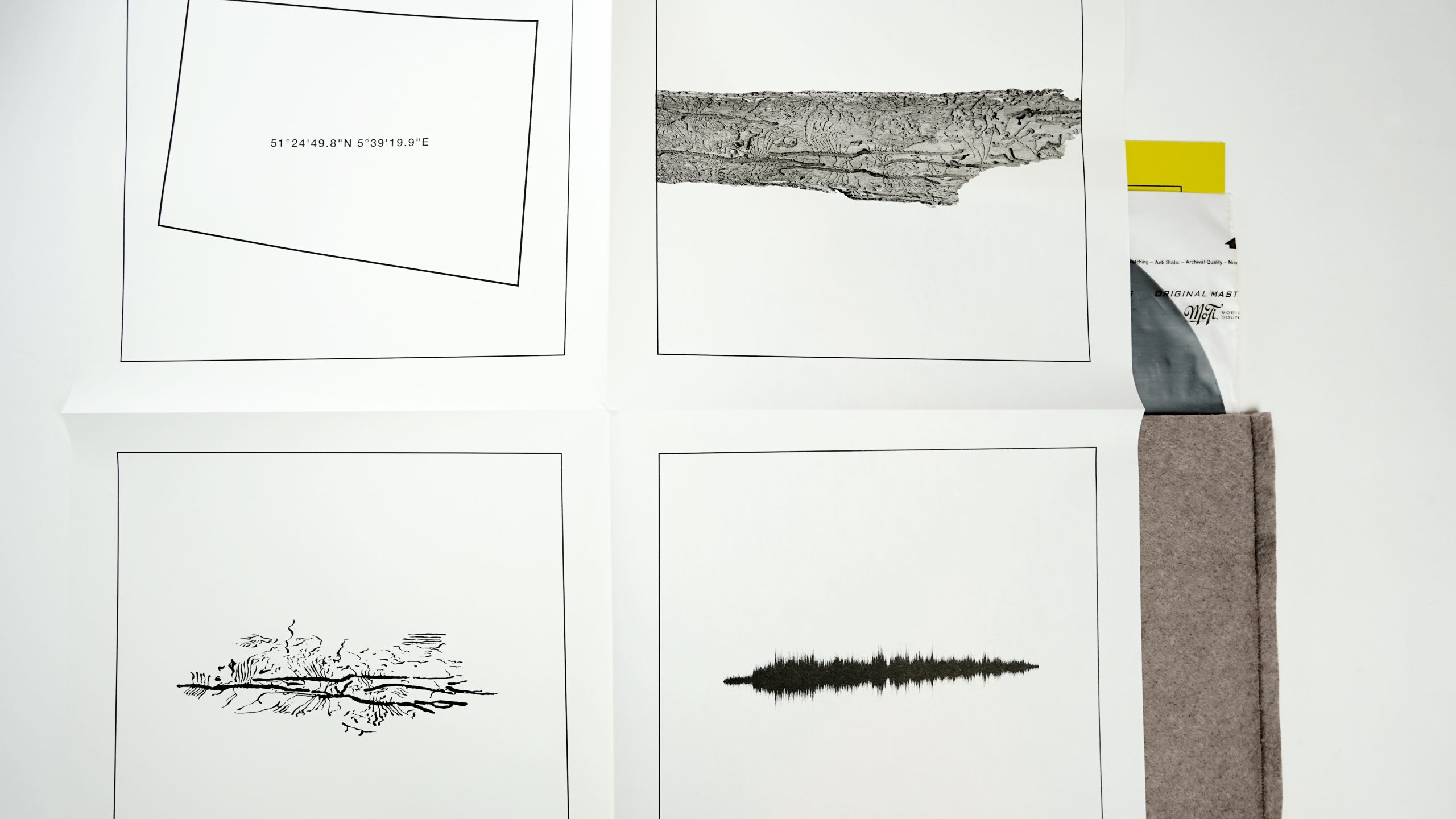 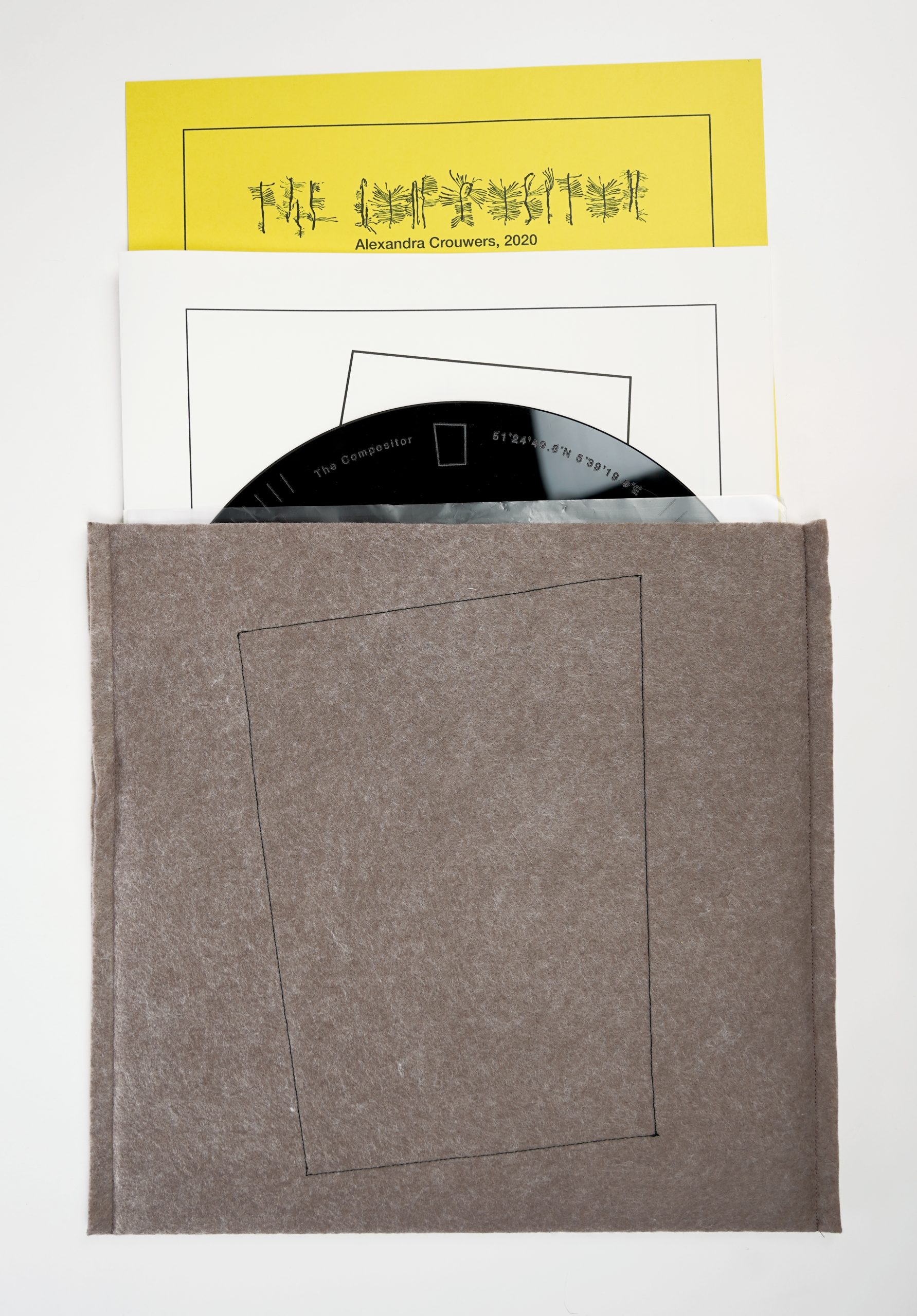 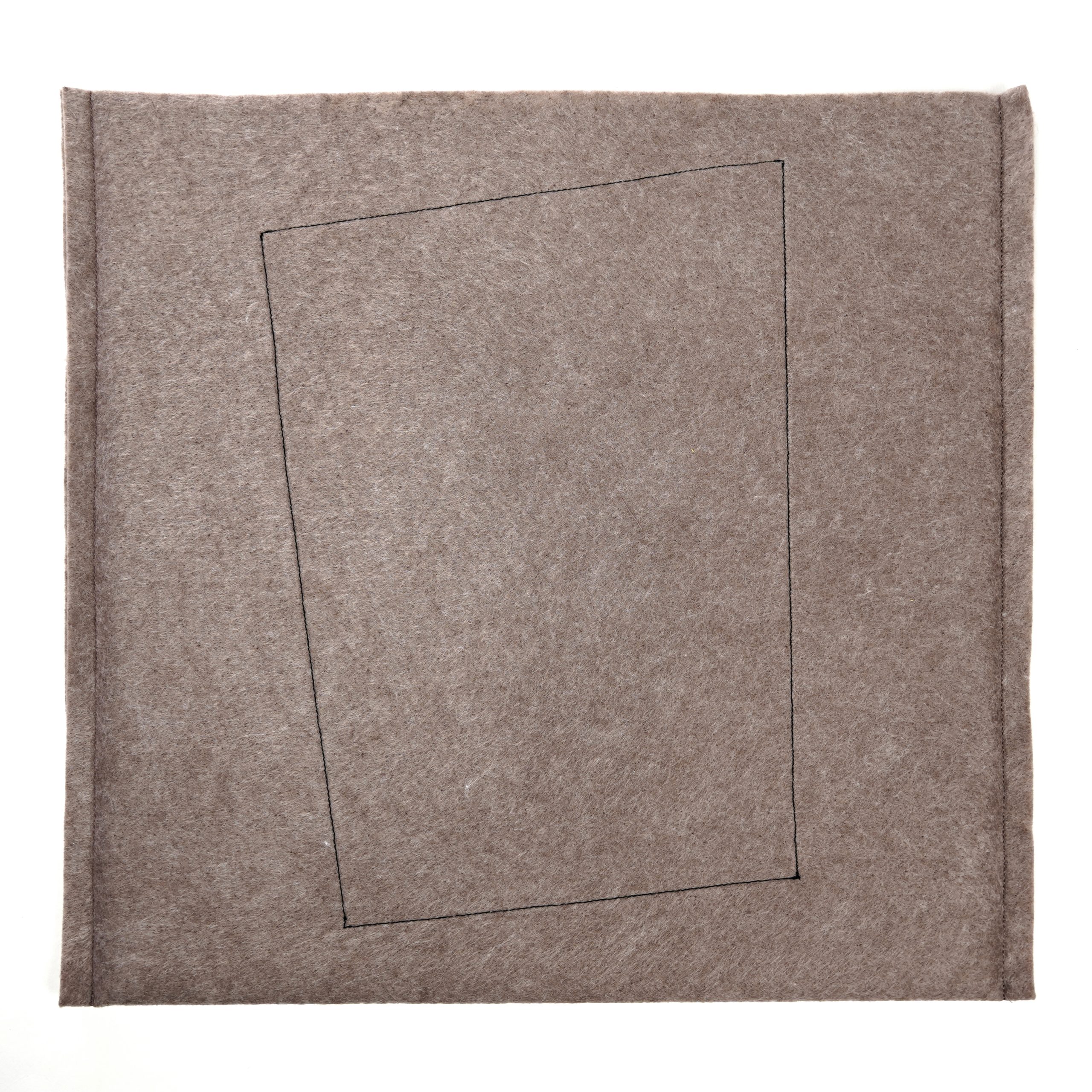 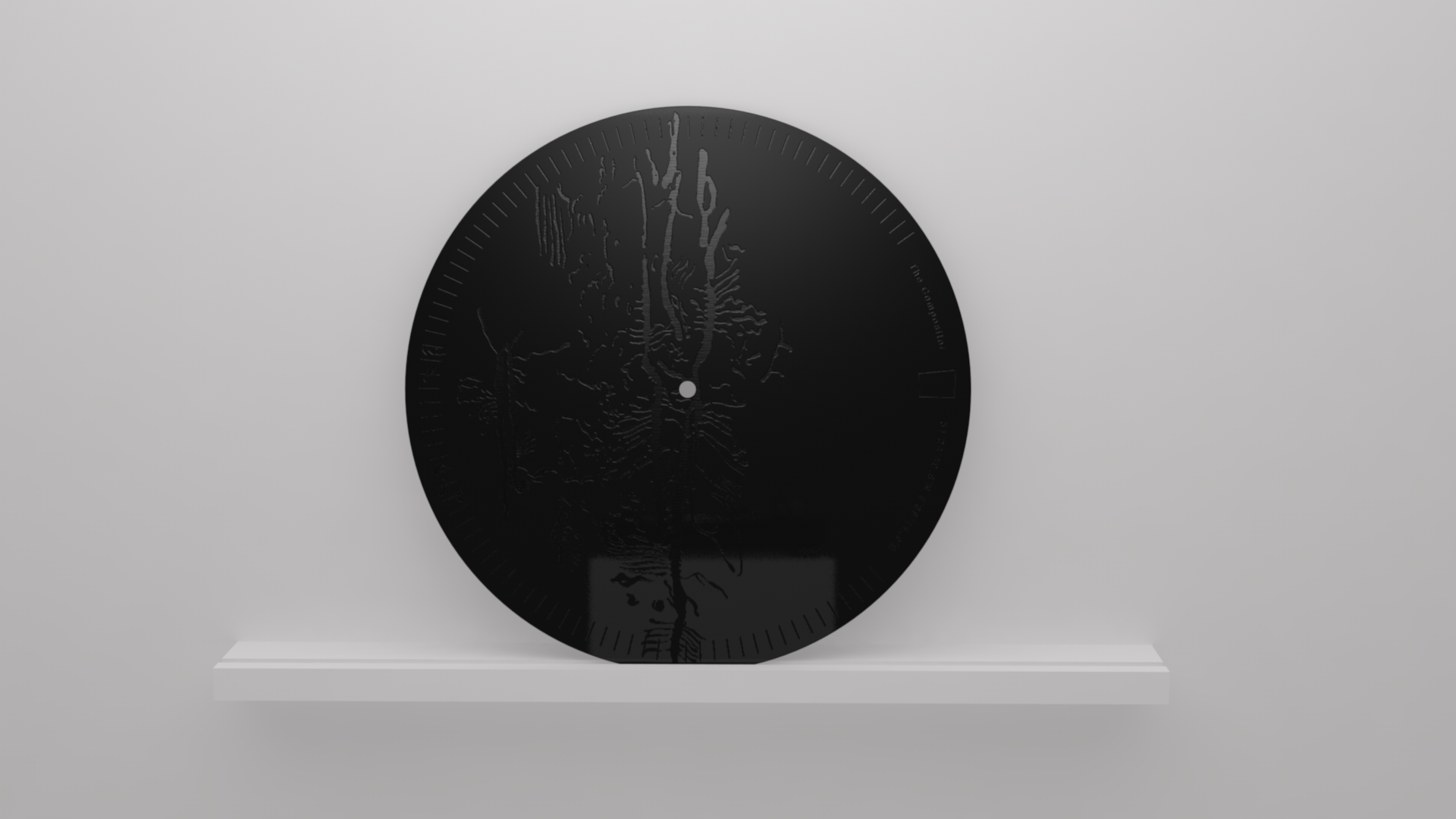 The audio on this record was made using the method of sonification, which means: to turn something into sound. In the early 1960s, my grandfather acquired a piece of land, filled with young Norway spruces. The trees were left alone for decades and grew tall, transforming the land into a small family forest, which my mother inherited. In September 2019, all trees had died, and the forest had to be cleared. It became The Plot, a gateway for ecological grief.

The preceding springs and summers came with extreme drought, while unusually mild winters saw barely any frost. The prolonged drought weakened the trees, and the warm winters caused an unstoppable infestation of spruce bark beetles. The beetle lays its eggs in tree bark. Its larvae eat their way out, leaving intricate tunnel patterns that resemble alien alphabets or hieroglyphs, hence its name: Ips typographus in Latin, or Letterzetter in Dutch, which translates back into English as compositor.

This is The Compositor Composing.

Colophon:
The Compositor is part of The Appeal of The Unreal, Alexandra Crouwers’ PhD in arts in animation trajectory from 2019 until 2023 at KU Leuven/LUCA School of Arts Brussels.

Alexandra Crouwers is affiliated with the deep histories fragile memories research group as part of the LUCA Intermedia research cluster, and the Lieven Gevaert Research Centre for Photography, Art and Visual Culture.

Made possible with the kind support of Kunstloc Brabant, Mondriaanfonds and Flanders State of the Art.

See also the audiofile as NFT and ⓘ.