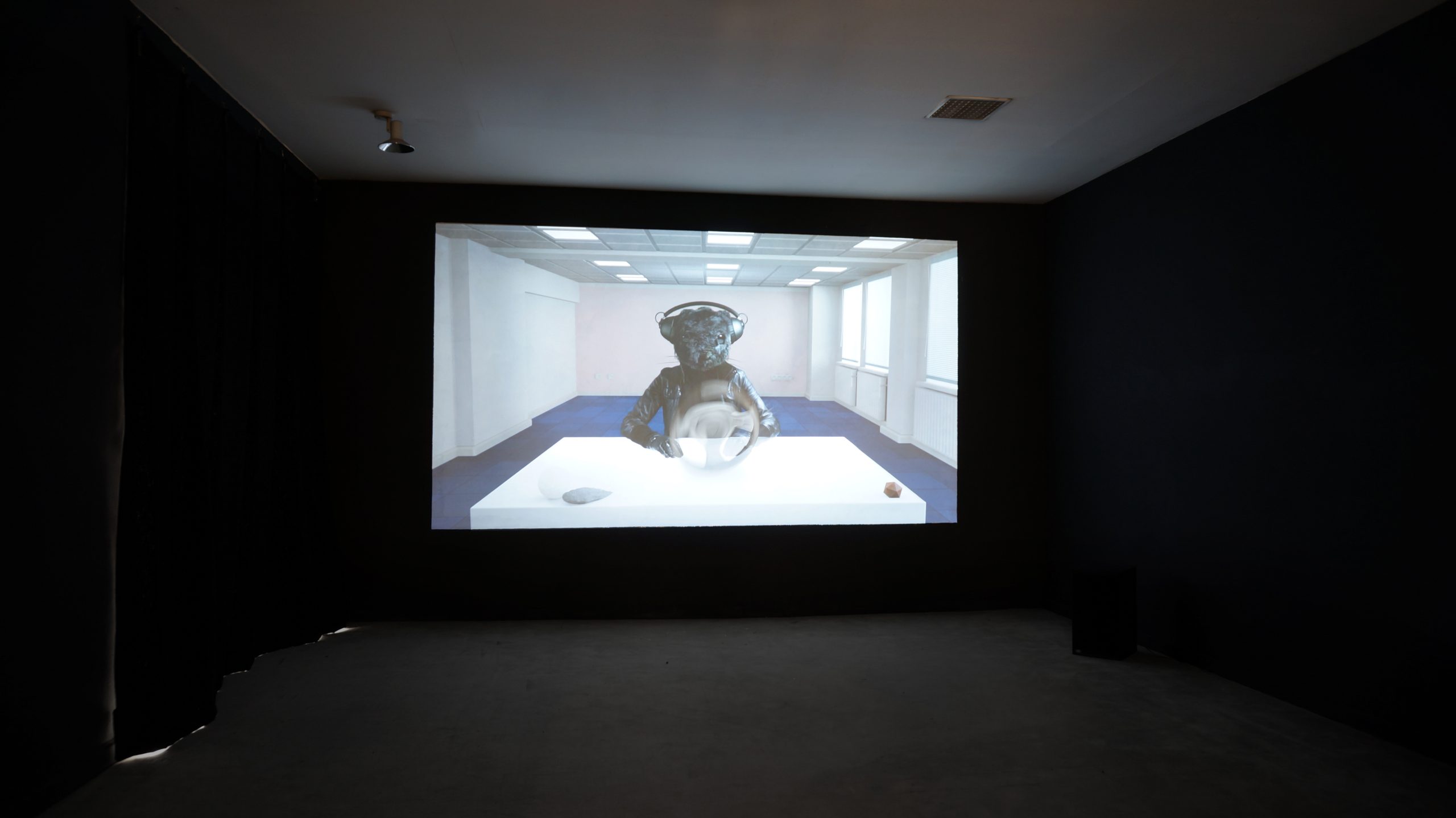 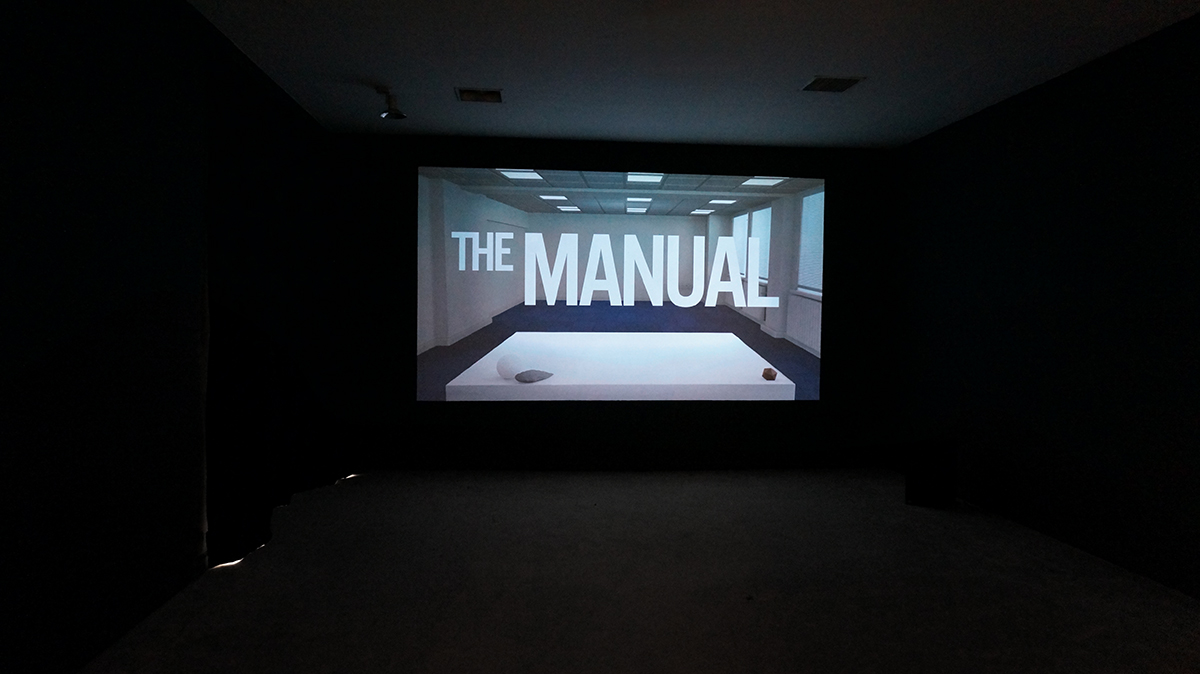 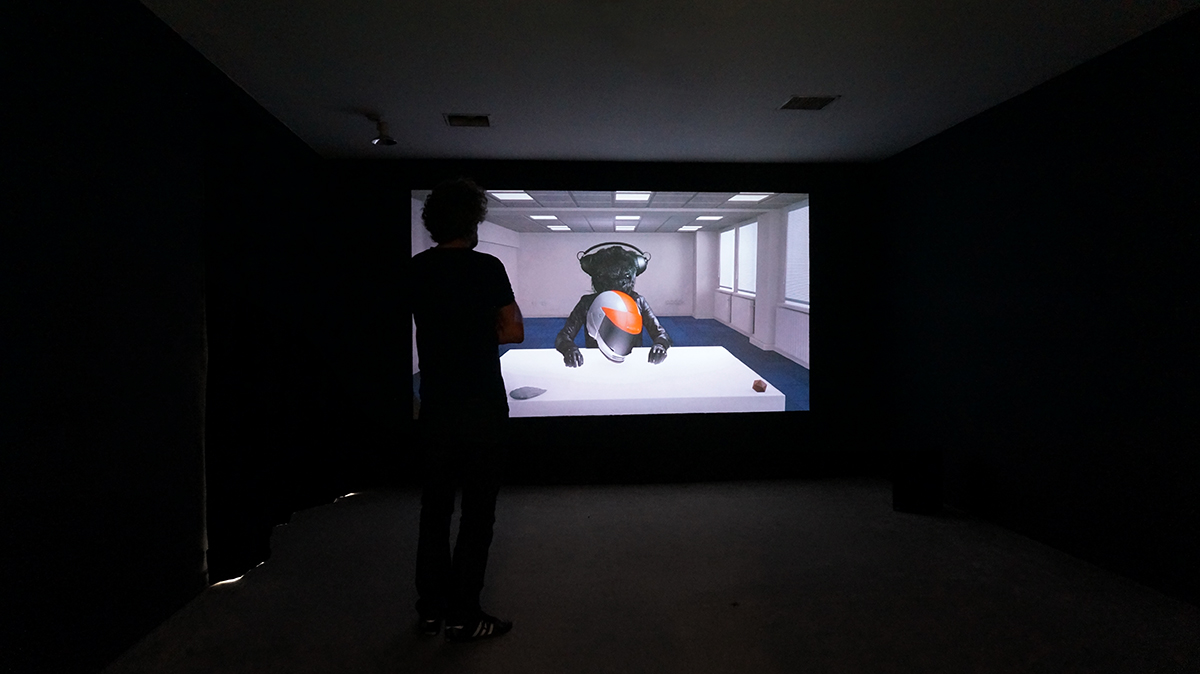 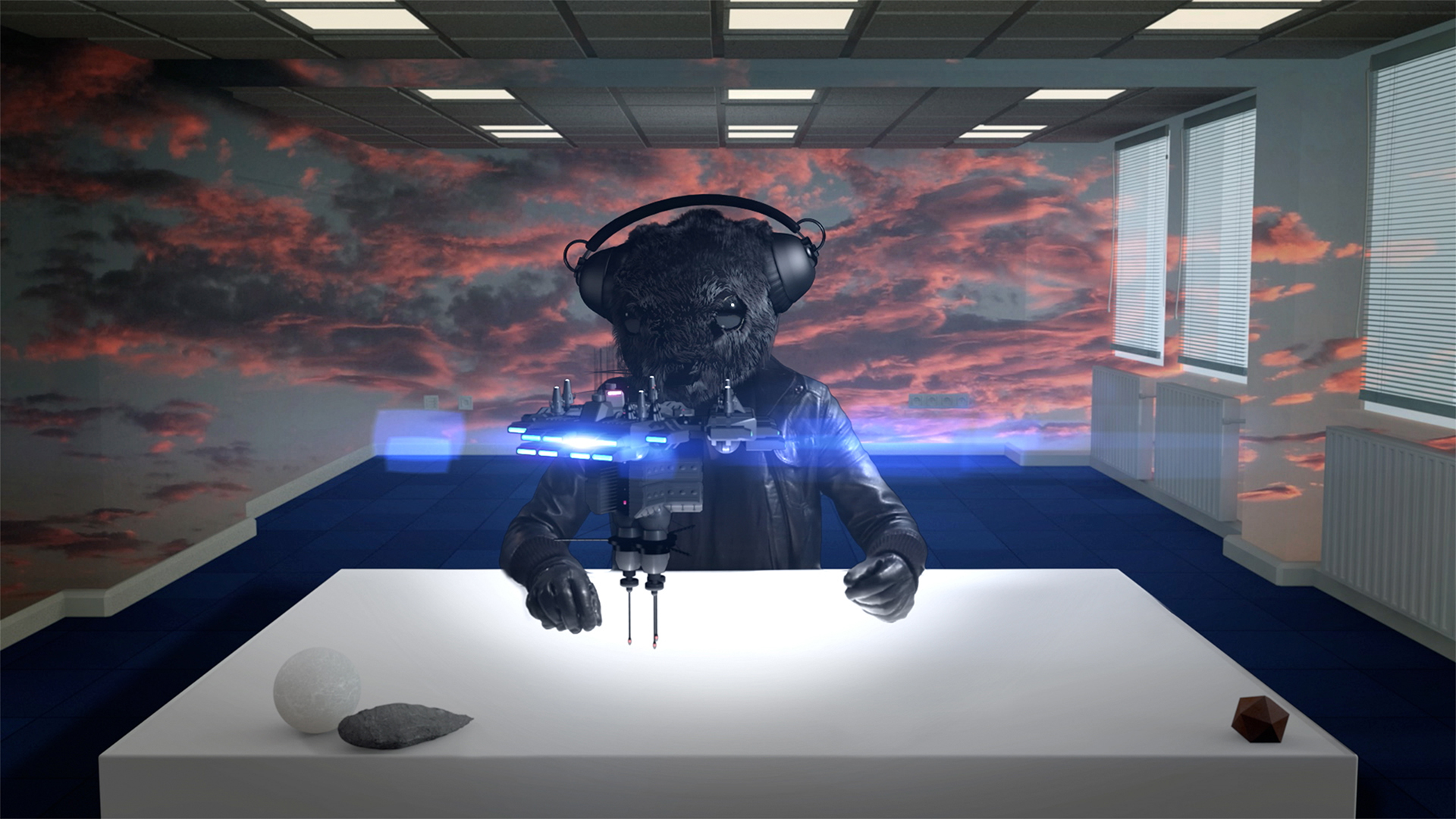 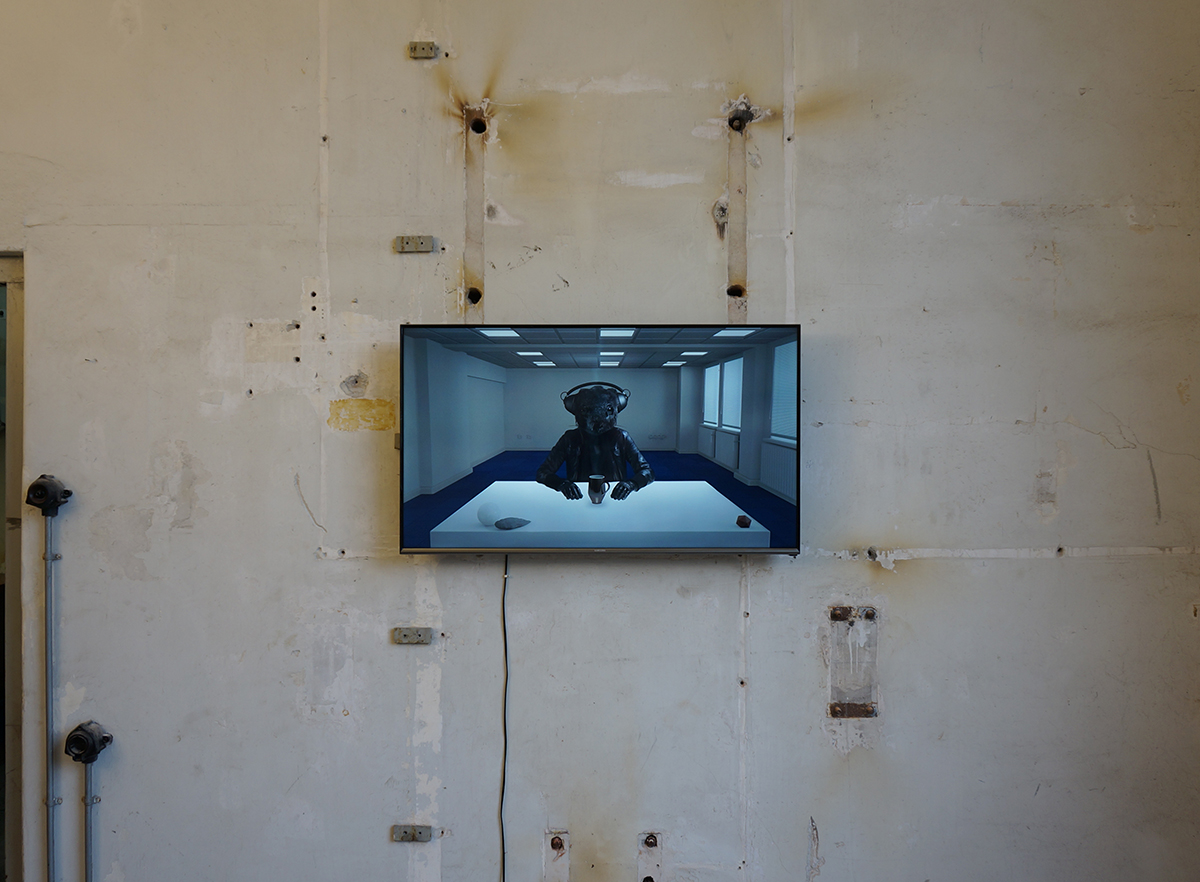 The Manual – admittedly an ‘odd one out‘ in my body of work – shows a human/animal hybrid figure wearing headphones, and sitting at a table in what appears to be an office. Various objects appear in front of the character, some recognizable as everyday utensils, others more abstract, resembling machine parts.

These objects are being dismissed at the mechanical rhythm of the soundtrack, sometimes vanishing with the character’s hand clap, sometimes pushed aside out of the frame.

The Manual can be considered as a self-portrait in the studio.

Below: The Manual with in the background The White Hide IV at Studio Omstand.