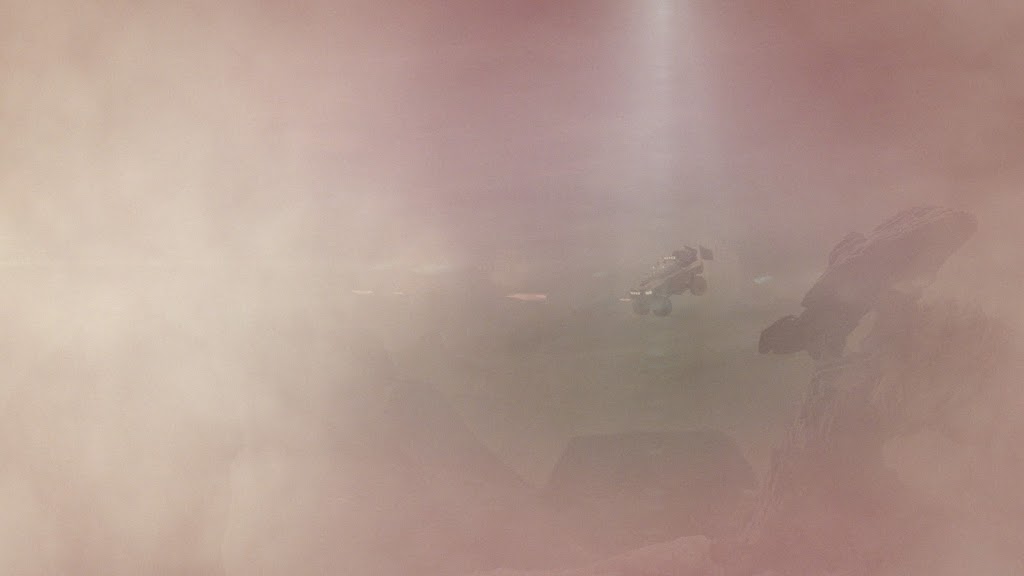 The 3-channel video installation INERTIA will be shown at the first edition of the Amsterdam Art Fair (Stadionplein, Amsterdam), from 27 – 31 May at the booth of gallery LhGWR.

Next to this work, some new video-loops are being shown on a screen. These new loops are heavily influenced by what is known in cinema as ‘matte painting’ – artificial backgrounds in which live-action is ‘composited’ (added) later. Due to the many layers of filtering the animations seem to get a painterly quality. Also, they explore machines as personas.

‘Charon’ shows a monster truck, slowly rotating in mid air above a mountainous, dusty and cloudy landscape. ‘Charon’ is the name of the ferryman in Greek mythology, who carries the dead across the river Styx in a boat. The truck is a proposed contemporary vehicle to cross the line between the living and the dead.

‘Diggers’ (this is a working title, and the animation is still in progress) shows a circle of excavators in an evenly rough landscape. There’s a hole in front of them. They seem to perform some sort of ritual; a hail to the sky.

One of these films will probably also be shown at D.ART, Mechelen (B), during a festival from July 1st until July 5th at an empty building right across the station.

Also, I’m proud to mention edition 1/3 of INERTIA is since recently part of the Collectie De Groen, Arnhem (NL).