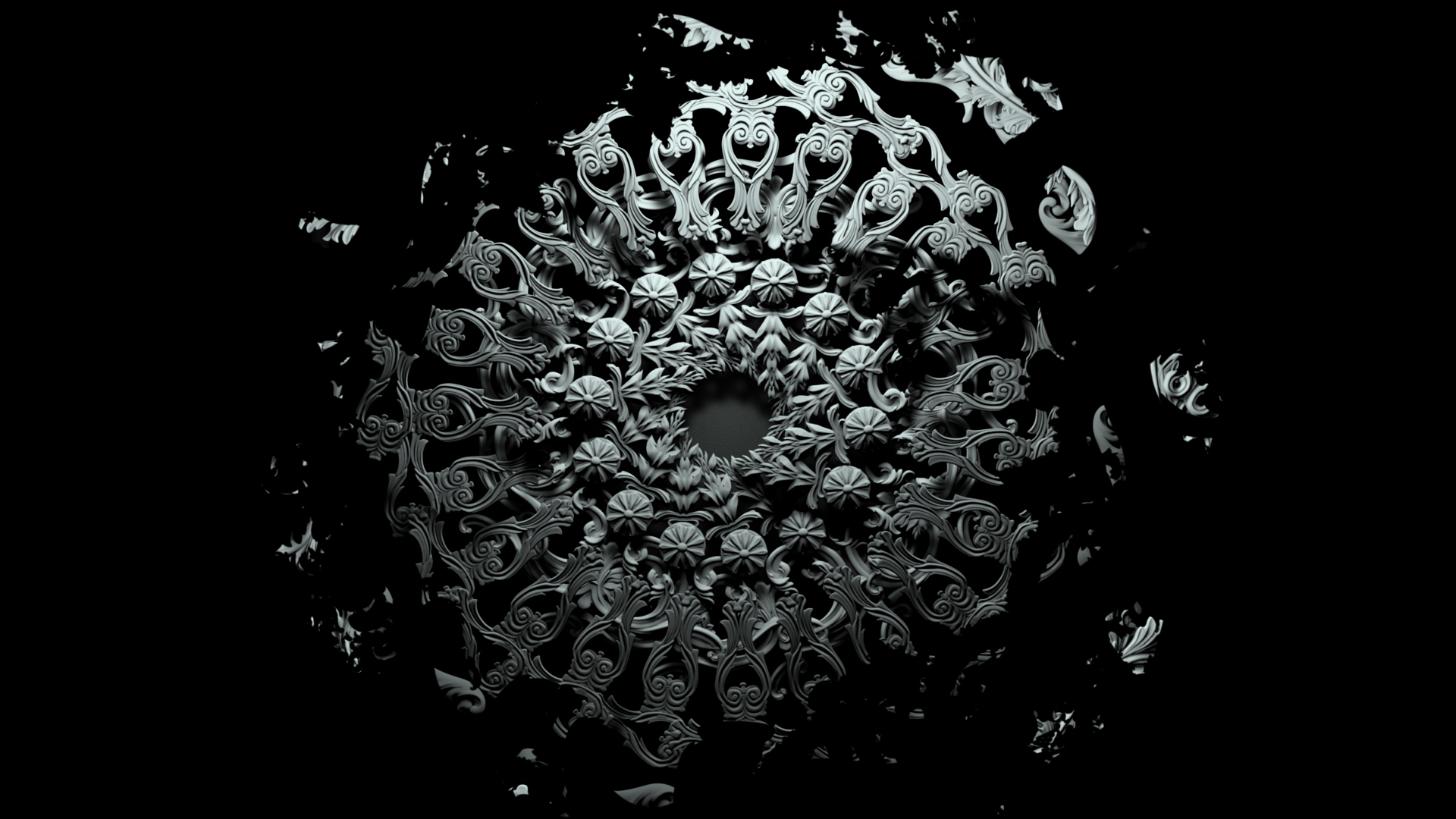 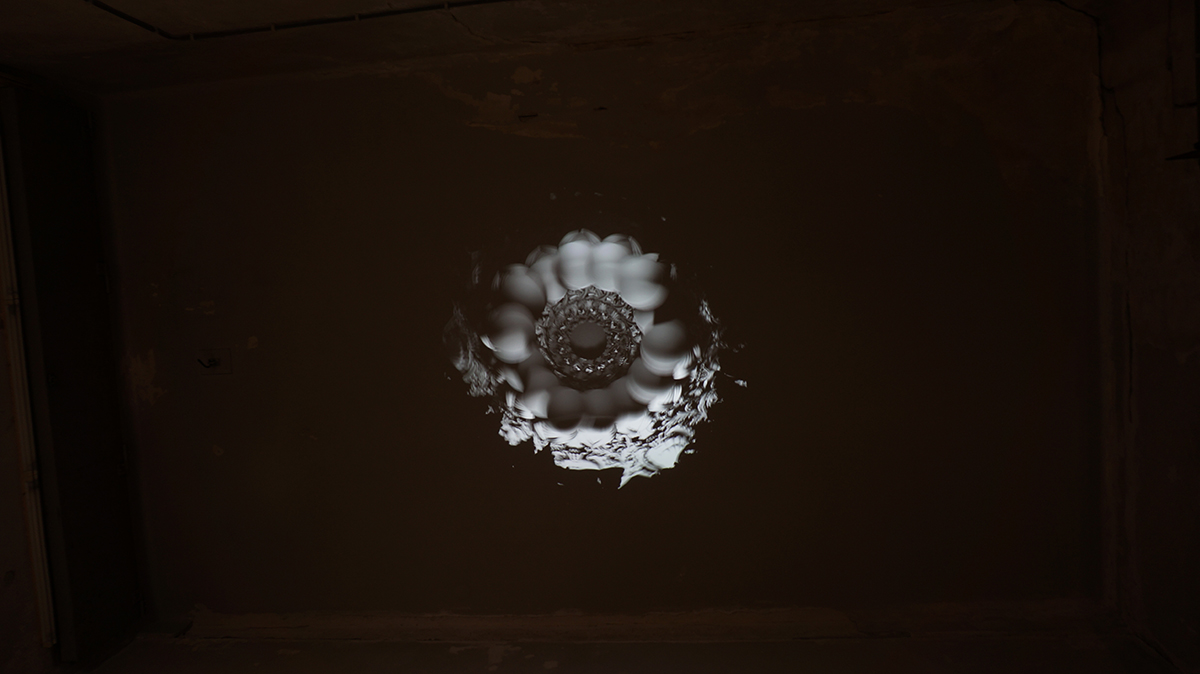 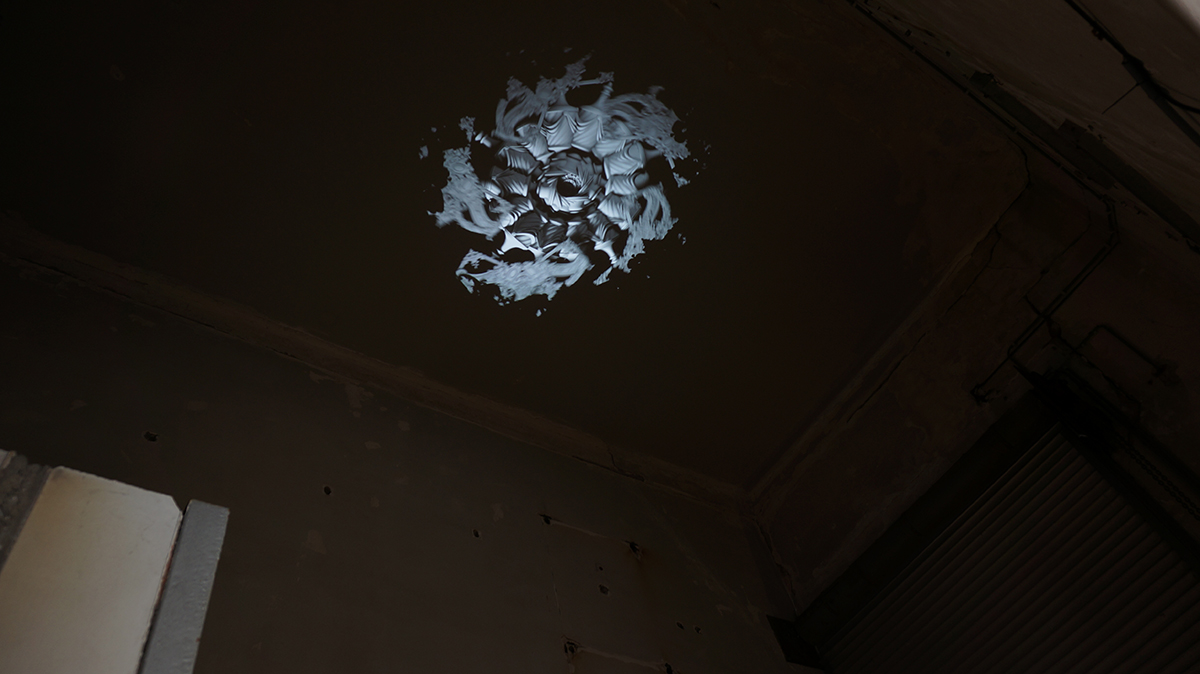 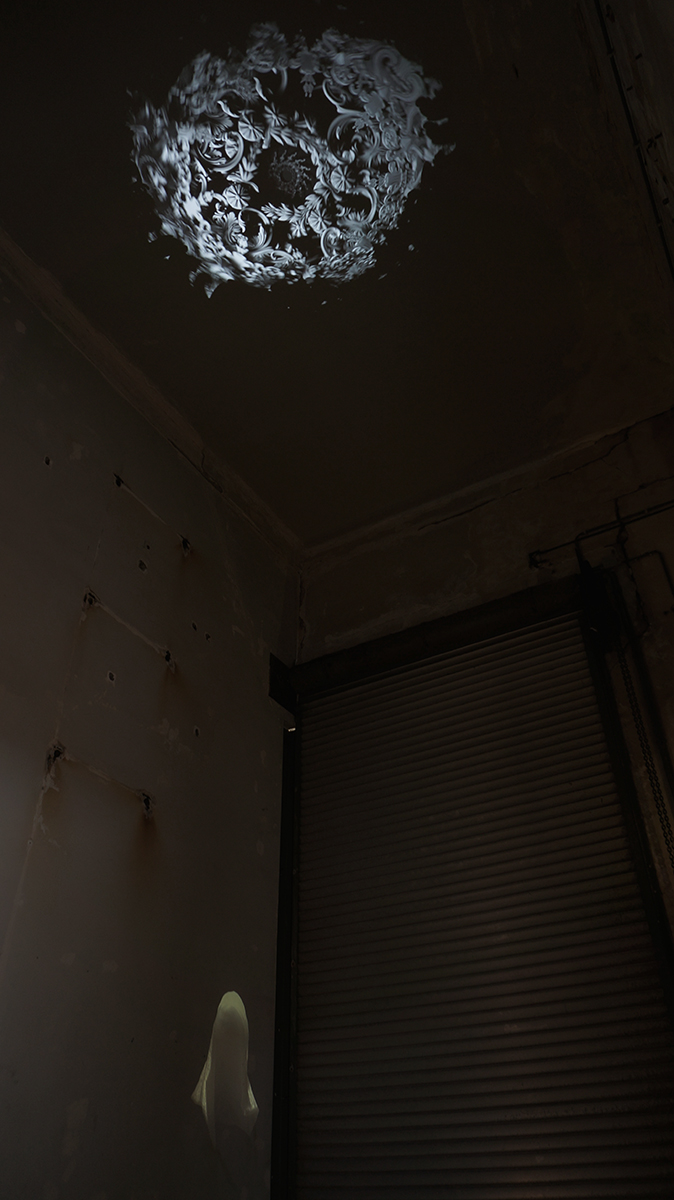 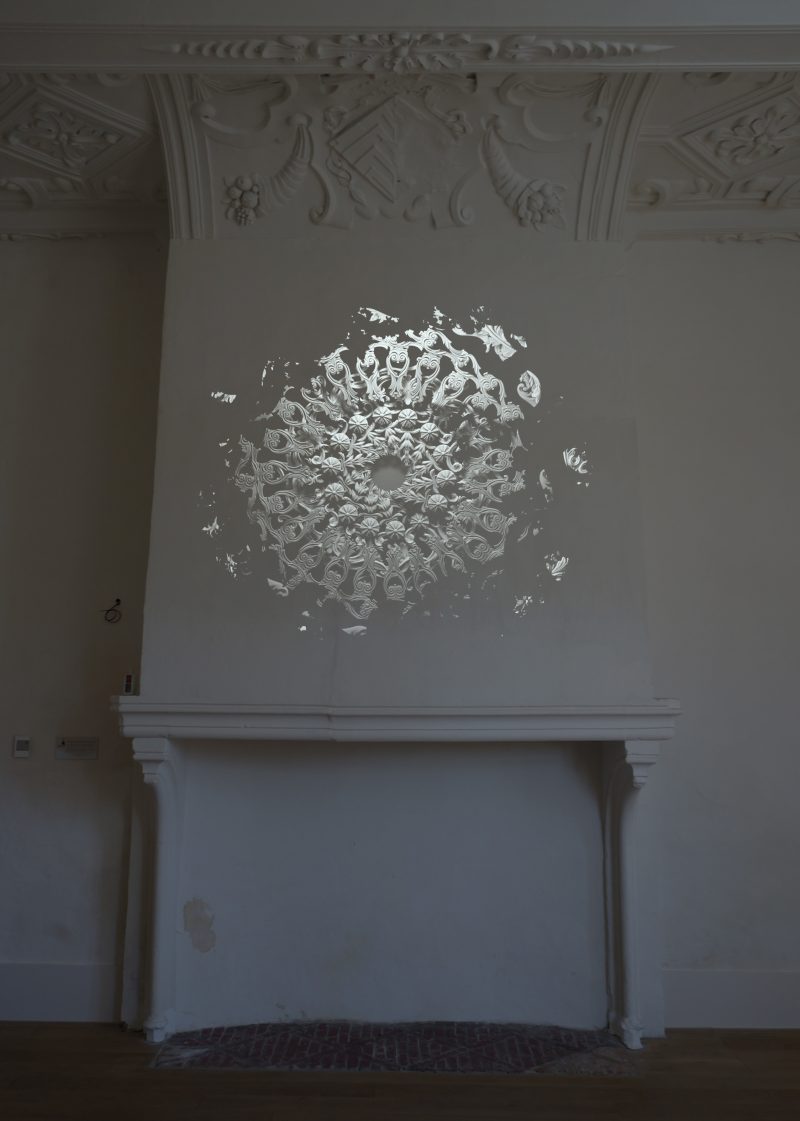 The animation consists out of rotating 3D-models of ornaments, forming a kaleidoscopic, perpetually moving hyper-ornament. The ornaments are based on the ornamentation of the castle’s ceilings.

The animation is originally meant to be projected on a ceiling, adding both an ornament to possible modernistic architecture, and re-enforcing the notion of the ceiling ‘bursting open’, in an almost divine fashion.

Rosetta was the inspiration for an in-situ commission for private collectors in Ghent (Belgium).

Above: a high speed .gif of Rosetta’s movements.